A founding member of the SenSen team, Surendra has over 28 years of diverse experience in management and leadership roles with global IT consulting services, technology product start-ups and public-sector organizations (oil & gas) in Australia and India.

Jon has over twenty years’ experience as an Executive Director, Chief Financial Officer and senior finance executive. Jon has served as the Chief Financial Officer at SenSen Networks Limited since January 2020. Previously, he held senior finance positions at James Hardie Industries plc, Palisade Investment Partners, Dakota Capital, CSR Limited, Hanson Limited, Menzies Aviation plc and KPMG. Jon began his career as an accountant at KPMG, Sydney in 1996. He worked with KPMG for more than 9 years in Sydney, Paris and California working in the Audit, Private Business, Risk Advisory and Transaction Services divisions. Jon graduated from Macquarie University, with a Bachelor of Commerce, majoring in both Accounting and Business Law. He is a member of the Chartered Accountants Australia and New Zealand (CA). Jon is a graduate of the Australian Institute of Company Directors (GAICD)

Raj is an experienced innovative leader who has delivered exception outcomes leading global teams for over a decade across Australia, China, India, Germany & Japan. His specialty is driving diversification and innovation strategies which has included formulating the vision and building essential capabilities needed to deliver end-to-end products for a diverse range of markets and industries.

Since joining SenSen in mid-2020 he has been involved in various strategic transformational projects and is currently serving as Chief Product Officer for all product lines across SenSen. Raj is also heading commercialization of new innovative solutions and works very closely with “CTO Office” to help visionary customers solve problems that once seemed impossible to solve.

Raj has a Masters degree in Engineering (Electronics), and an MBA from Melbourne Business School. He is passionate about entrepreneurship and in his spare time mentors various start-ups & scale-ups.

Zenon is an experienced venture capital investor screening 300+ deals annually and investing in only a handful. He backed SenSen for its outstanding potential as an Australian technology company with innovative and IP-driven solutions, helping it grow from an R&D focused start-up to a globally respected industry leader.

Zenon is closely involved in SenSen’s strategic marketing and delivery of global communication messages to clients, partners and the media.

Zenon completed his MBA from Maastricht School of Management, (The Netherlands) with a distinction in International Business.

David was previously an investment banker with more than 20 years experience, working in both the capital markets and M & A globally. He was regularly ranked as one of the Top 10 Australian Investment Bankers in annual surveys, and raised more than $4 billion for corporate clients. With an extensive background in advising companies across all sectors, including technology, industrials and resources, David has been integrally involved in the evolution of numerous emerging companies into multi-billion dollar enterprises.

David completed his B Econ from the University of Sydney and a Dip Mgmt ‐ Exec MBA from Australian Graduate School of Management, Sydney.

Subhash founded sensen.ai in 2007 as a spin-off from the University of Technology Sydney where he was Professor of Computer Systems. Subhash is a world-leading authority in data fusion specialising in the analysis and fusion of video and sensor data.

Born and raised in Hyderabad, India, Subhash received his PhD from Queensland University of Technology, Brisbane, Australia in 1999. Part of his PhD studies were conducted at Harvard University (1997). He started his professional career as a Research Fellow at the University of Melbourne in 1998 where he led a number of defence industry projects. Subhash received the Tan-Chin Tau Fellowship in Engineering from Nanyang Technological University in Singapore (2003) where he worked with NTU researchers on traditional and underwater robotics. He holds a Bachelor’s Degree in Electrical Engineering from JNTU, Kukatpally, India.

Subhash was the Professor of Computer Systems Engineering at the University of Technology Sydney from 2004-2007 where he mentored several doctoral students to completion in the areas of Bayesian Estimation Theory, Object Tracking, Sensor Networks, Computer Vision, License Plate Recognition, Facial Recognition and Data Fusion. He has co-authored more than 150 papers and is co-author of the reference text, ‘Fundamentals of Object tracking’ Cambridge University Press, 2011) unifying disparate advances in estimation theory and object tracking into a recursive Bayesian framework.

Subhash left his successful career in academia to join SenSen full-time as CEO in January 2012. He has led the development of the company’s video-IoT platform SenDISA and pioneered applications in diverse market segments. As the CEO and CTO of the company, he led SenSen to win a number of innovation awards including iAwards Victoria for SenFORCE and SenSIGN products in 2014 and 2017 respectively; Parking Australia Innovation Award in 2015; and Security Industry Innovation Award in 2014.

Under his leadership, SenSen listed on ASX on 18 October 2017 and more recently on the OTCQB exchange, USA, on 14 September 2020.

Subhash is a regular speaker at international industry and academic conferences, and is a charter member of entrepreneurship organisation TIE.

Peter has over 20 years of experience in IT across a variety of industries and large corporate networks covering Stock Broking, Hedge Funds, and Lease Finance, including managing high-performance teams responsible for Infrastructure, Security, and Compliance. He has managed complex projects including system upgrades and cloud migration projects to enable businesses to grow exponentially.

Peter has completed a Post Grad Dip in IT from UTS.

Heather Scheibenstock has extensive experience in corporate leadership and in the gaming industry. She has served as a non-executive director and sub-committee chair, with a board portfolio encompassing ASX-listed public companies, crown land trust, disability and health-related nonprofits. She has strategic and operational leadership, locally and internationally, with deep experience in Asia, across multi-faceted businesses.

Heather formerly served on the board of Ainsworth Game Technology, where she was a non-executive director and member of Remuneration and Nomination Committee and the Regulatory and Compliance Committee. In these roles, she oversaw the company’s strategies, policies and performance; reviewed and monitored the company’s risk, control and accountability systems; and monitored compliance with regulatory, constitutional and ethical standards.

Heather is a board member for Ability Options, which supports people with disabilities, where she is and member of the remuneration and nomination Committee and chairs the Service and Quality Committee.

Jim brings 20 years of sales and management experience to sensen.ai’s north America operation. After successful careers in film & television and real estate lending, he turned his focus on parking and smart cities. Jim has developed extensive knowledge and experience in the parking and mobility markets in North America. For over a decade, he has been providing leading-edge parking technology to cities, universities, health care providers and private operators, most notably while he was at NuPark Inc. There, he and his team brought License Plate Technology to the forefront of parking operations across North America. NuPark was acquired by Passport Labs in 2018.

One of the early smart city innovators, Nathan has been leading smart city solutions for public and private organizations for almost 10 years before joining SenSen.

With a background in software engineering, prior to his time in the Smart Cities space Nathan worked for both Parsons Brinckerhoff and Patrick Stevedores leading the delivery of large-scale outdoor systems. Having studied Artificial Intelligence as part of a Bachelor degree in the nineties, and separately in a post-grad short course in the 2017, Nathan has been an advocate of AI, smart city, and digital transformation technology in the public sector since 2015.

With executive-level experience across digital compliance, governance, commercial leadership and CRM service management, Nathan enjoys helping clients use AI to gain insights from and influence activities in public and private spaces and the organisations that manage them.

Nathan leads the Smart City Solutions business unit from SenSen’s Queensland base at the Queensland Government Lumina Health and Knowledge Precinct, located on the Gold Coast.

Madan has more than 10 years’ experience working with video based products and solutions. He is development manager of the SenDISA platform and delivery support for customers across the world.

Madan started his career with Kritikal SecureScan (Noida, India) as software development engineer and worked on VehiScan, a product based on automatic number plate recognition for Indian number plates.

Madan is a graduate of IIIT Allahabad in Information Technology.

Speak to an Expert 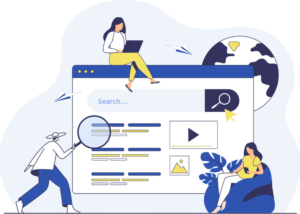